While some manufacturers tried to kill the jack off decades ago, Apple is considered the pioneer of the “no-jack” movement. In 2018, some devices have already got rid of the jack whereas others continue to keep it.

Qualcomm has just officially announced the launch of aptX Adaptive, a new generation audio codec that has been designed with many improvements. The new technology aims to kill off wired headphones once and for all.

To achieve this, it combines robust audio quality, scalability, low latency and other improvements to support current applications such as games, videos or music. 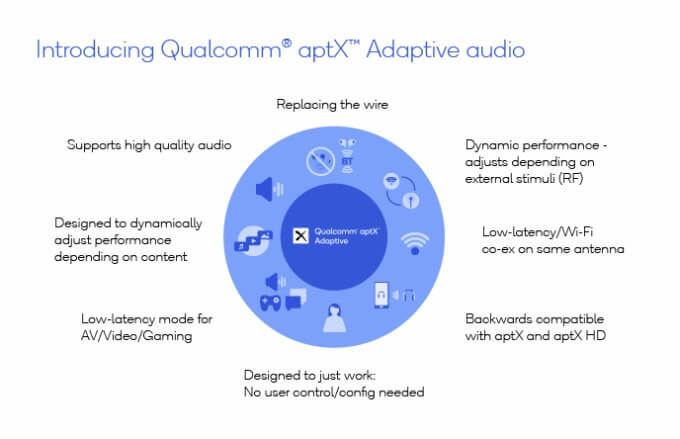 aptX Adaptive, as its name suggests, is able to adapt automatically to offer the best audio quality and latency tailored to the various types of audio content.

It also takes into account the rest of the frequency spectrum around the device always offer the most robust hearing experience that stays unaffected due to external factors.

Will aptX Adaptive finally kill off the headphone jack?

According to Qualcomm, smartphones users are increasingly switching to wireless audio, although many are aware of issues like poor playback and delay.

The manufacturer also points out that many current sound codecs have fixed bit-rates, which can lead to connectivity problems in overloaded environments.

This is because they were designed to listen to music, where the delay is a non-issue, and not for real-time applications such as online games or video calls. 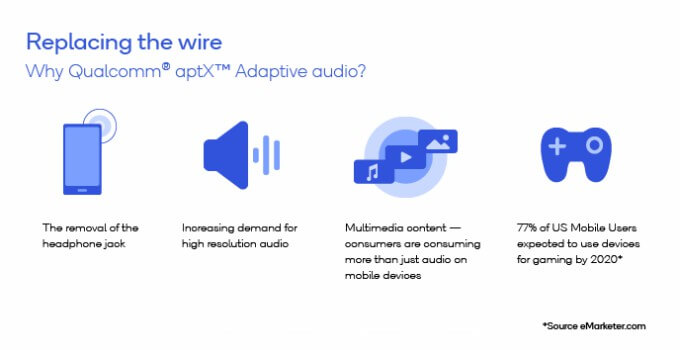 Qualcomm’s new audio codec will be released for headphones, microphones, and headphones in September 2018 for the Qualcomm CSRA68100 and Qualcomm QCC5100 Bluetooth Audio SoC.