Indie developers are known for playing pranks on users who use their software. Jailbreak tweak developers, on the other hand, take pranks and jokes to a whole another level on April Fool’s Day.

Users who had the BatteryPercentX tweak installed on their devices experienced random lockdowns.

Once users unlocked their iPhone, they noticed weird memes and pictures crawling up from the lock screen.

One user posted the “forever alone” meme dancing on his iPhone’s lock screen while others reported Michael Owen winking at them.

Despite SparkDev’s intentions, users didn’t take this lightly and he promptly offered an apology. All you had to do to get rid of this prank was update this tweak to the latest version.

Though Coolstar comes off a serious developer, he, too, decided to get a kick out of jailbreakers on April Fool’s day.

Guillermo Morán also threw his hat into the ring with EclipseX.

Users who had installed this tweak had all their icons turned upside down. It also broke the icon of the stock Clock application.

The developer released a new update (v5.0.7-4) which fixed the orientation of icons. Nevertheless, Guillermo, just like his counterparts, had to face the ire of users for messing their icons up.

Some user appreciated the light-hearted humor while some of them thought that the developers took it too far with their pranks.

One user even suggested that developers might inject spyware or other malicious code just like they inserted their pranks in their tweaks.

Other developers like Ben Sparkes also notified users that Meridian jailbreak is nearing its release date. This got all jailbreakers pumped up, only for Sparkes to announce that it was a prank.

All in all, April Fool’s Day only caused more problems for the users and also the developers. 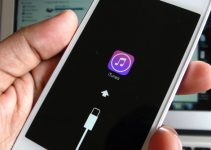