Another day, another tweak! Coolstar has just updated his iconic tweak 3DSwitcher for jailbroken devices running iOS 9 and 10. Let’s find out more about this amazing tweak.

Admit it, the new iOS 9/10 app switcher is a bit dull and gets boring after a while. It’s time to spruce it up a bit with 3DSwitcher 2!

Once installed, you can play around with the various animations and effects in the settings section of the tweak. If you want to disable it, deselect the Enable option.

It looks absolutely sick without affecting the battery life. 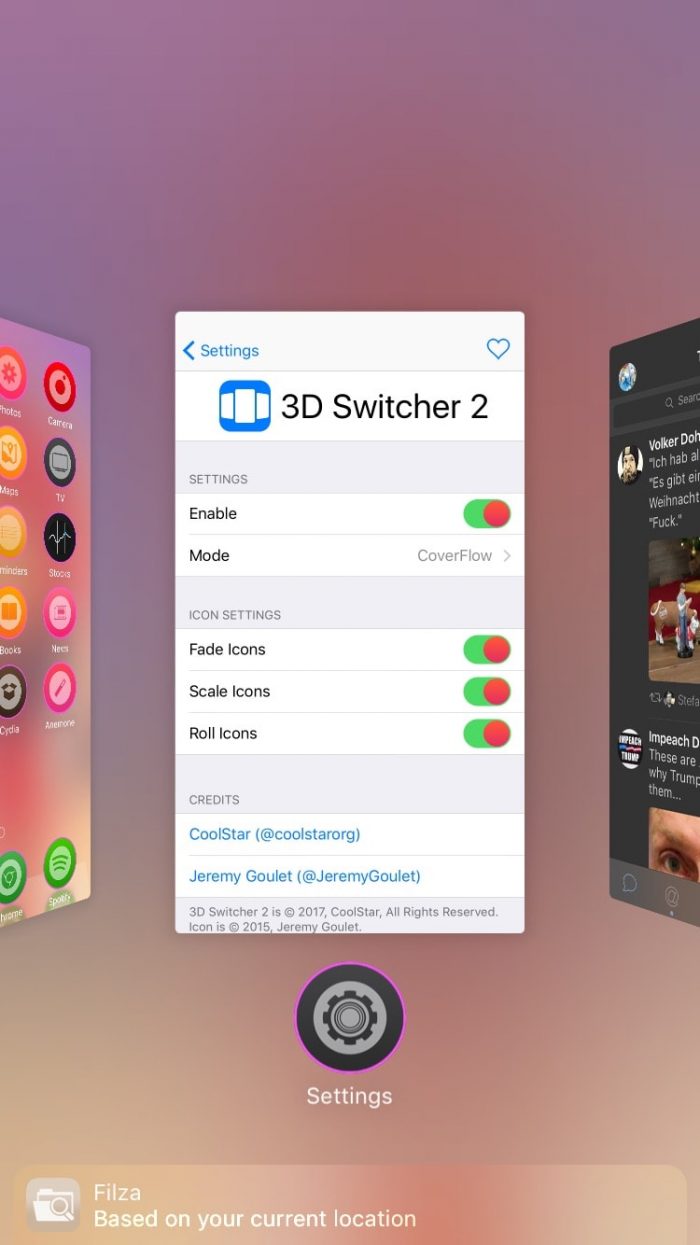 Many users were saying that this kind of multitasking was not possible on iOS 10. The main reason behind this was the code being removed for it. So developer Coolstar really had to fire on all cylinders to develop this tweak from the ground up.

Here is a video demonstration of this amazing tweak.

At this price, this tweak is a steal. Go for it! If you own the older version of this tweak, you can get it for $0.99 only.

Coolstar has just updated it to version 2.0.2. If you want to update, simply reinstall it. It contains the following fixes –

3DSwitcher 2 is available for download on BigBoss Cydia repo/source at the price of $1.99. It is fully compatible with iOS 9 and 10.