Google Project Zero hacker, Ben Hawkes, has just announced a new jailbreak tool for iOS 10.3.2 and below. Here’s what you need to know about it.

Ben Hawkes to Release a Jailbreak Tool next week

Information security researcher and hacker, Ben Hawkes, possesses a jailbreak tool for iOS 10.3.2 and below. This tool is due to be released next week.

The CVE-2017-7047 is a “userspace vulnerability” that grants system privilege code execution to the hacker. Here’s what the hacker tweeted.

Ben Hawkes is a member of the Google Project Zero team. For the uninitiated, Project Zero is a Google-funded team consisting notable security researchers and hackers who find zero-day exploits.

In a span of 3 years, they have found over 1000 security vulnerabilities in various operating systems. So this team is super credible and can be trusted.

Most of Project Zero’s exploits are not meant for the general public. Nevertheless, this is a huge development for the entire jailbreak community.

This tool might have a similar exploit that will allow other hackers to build on it. Luca Todesco was able to develop Yalu only because of exploits of Project Zero’s hacker Ian Beer.

I wasn’t able to ascertain more details about it. So we should just wait and watch how things pan out.

For more jailbreak scene news and updates, subscribe to our social channels. 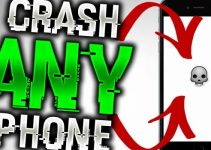